In Part One of this article, we examined six of the twelve foods that are known toxins to dogs. In Part Two, we’ll be looking at the remaining six:

Six – Garlic – is in the same family as onions, which are also toxic to dogs, but garlic is thought to be nearly five times as potent. Some dog breeds such as the Akita and Shiba Inu are particularly sensitive. Large doses of garlic can damage the canine’s red blood cells, cause GI upset with vomiting, diarrhea and abdominal pain.

Seven – Grapes and raisins can both be highly toxic to dogs and can cause sudden kidney failure. The toxic component remains a mystery although it is thought to possibly be a mycotoxin produced by mold on the skin of the grapes. This would explain why a dog who had previously eaten grapes with no ill effects, suddenly developed signs of an acute illness after eating grapes on another occasion. Be aware that raisins are frequently part of baked goods and can be very tempting for your dog to eat.

Eight – Macadamia nuts – Like grapes and raisins, the toxic compound in macadamia nuts is unknown but these nuts are definitely bad for you dog. Ingestion can cause weakness, particularly in the hindquarters, diarrhea, vomiting, trembling, fever and lethargy. 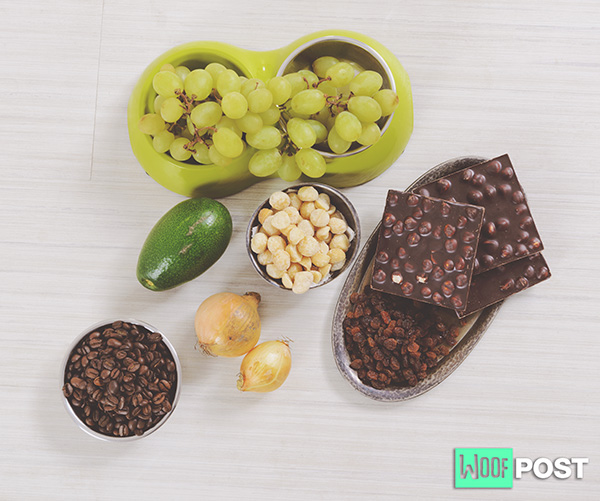 Nine – Onions – can be toxic to your dog if ingested. They contain compounds called thiosulphates and disulfides which are the causative agents. Acute ingestion can cause symptoms of GI unset including vomiting and diarrhea but other problems such as anemia (low red blood cell count) take more time to develop after ingestion and symptoms may not appear for several days to a week.

Ten – Potato peels – contain oxalates, which, when ingested, can have detrimental effects on your dog’s central nervous system, kidney and GI tract, producing such symptoms as loose stools, trembling, fatigue, seizures and even heart irregularities. The green parts of a potato peel is very bad for dogs (as well as people) as they contain the toxin solanine. This compound directly affects the nervous system and can cause disorientation, diarrhea, vomiting, weakness, dilated pupils and lethargy. Raw peeled potatoes should also be avoided.

Eleven – Uncooked yeasted dough – Raw dough should never be given to dogs, as the dough can expand in the dog’s stomach, causing painful bloating and in extreme cases result in a twisted stomach, called volvulus. Signs include vomiting, retching, bloated distended stomach, increased heart rate with weakness, followed by collapse and death if untreated. Also, the yeast in dough produces carbon dioxide gas and alcohol as by products. This alcohol can be rapidly absorbed into the dog’s bloodstream, resulting in alcohol poisoning. See Alcohol above.

Twelve – Xylitol – is a sugar substitute that is commonly used as an alternative sweetener in many foods, including some brands of peanut butter. When a dog eats a food that contains xylitol, the dog’s pancreas releases a massive amount of insulin, causing a precipitous crash in the dog’s blood sugar. If the dog’s blood sugar gets low enough, they may even lapse into a coma and some dogs have actually gone into liver failure and died. 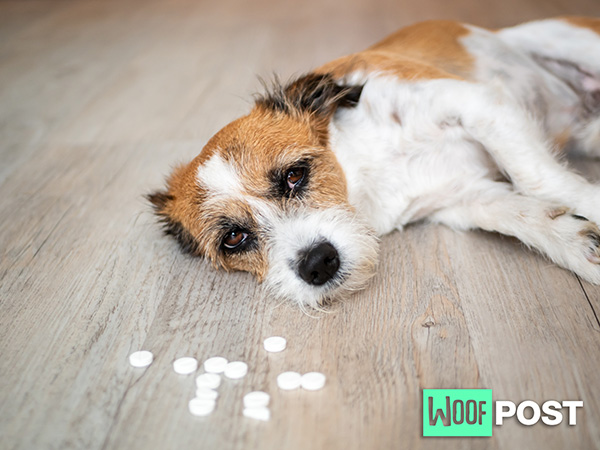 If you suspect that your dog has ingested one or more of the dangerous dozen call your veterinarian for advice immediately. Prevention is the best strategy! Make family members and friends aware that these foods are off limits to dogs. Keep foods off counters and put away so your dog is not tempted and keep garbage cans and trash containers securely covered.