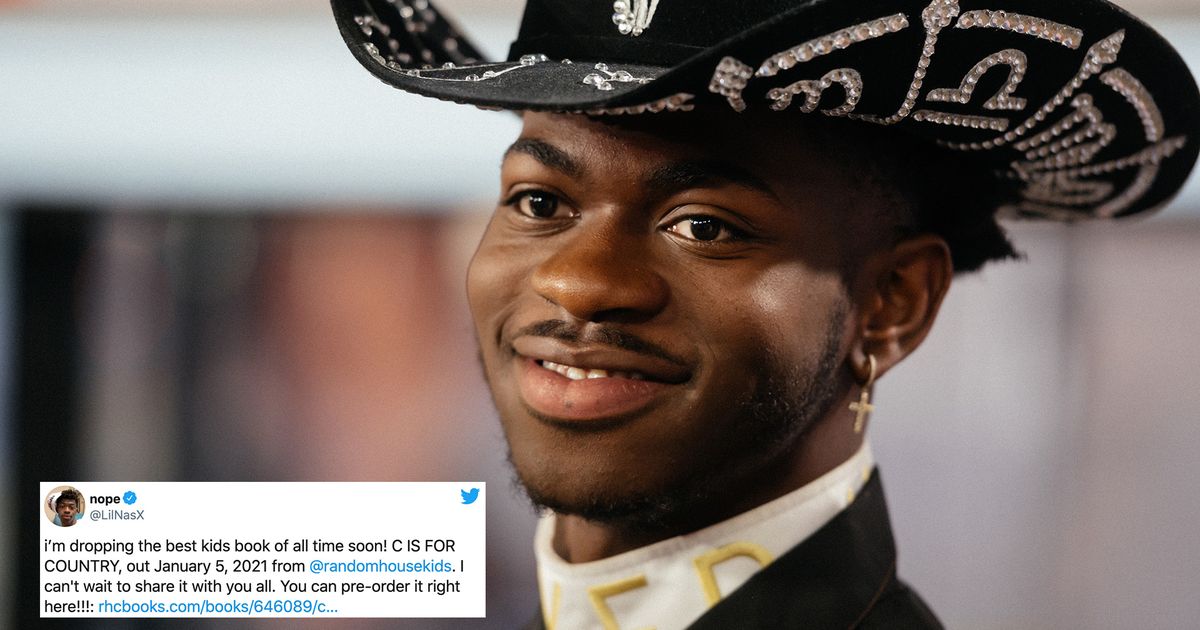 The massive success of Lil Nax X's record-breaking track "Old Town Road" may have quietened down a little this year, but the legacy lives on.
And now that the singer and rapper isn't busy cranking out remix after glorious remix, he's turned his attention to other mediums.
Namely, a children's book.
On Tuesday, Lil Nas X announced that Random House will be publishing his book C is for Country next year, and that it's now available for pre-order.
i’m dropping the best kids book of all time soon!
C IS FOR COUNTRY, out January 5, 2021 from @randomhousekids.
Here's the official blurb, which describes the book as "a celebration of song and the power inside us all."
And C is for country.
Join superstar Lil Nas X—who boasts the longest-running #1 song in history—and Panini the pony on a joyous journey through the alphabet from sunup to sundown.
We don't know about you, but we think it sounds pretty darn awesome.
SEE ALSO: How to cure your pandemic blues with moments of pure joyLil Nas X clearly has a soft spot for his younger fans.
Last year, in the midst of the "Old Town Road" furore, he paid a visit to an elementary school in Ohio to give the kids a surprise performance after a video of them singing along to his song went viral on Twitter.
Source