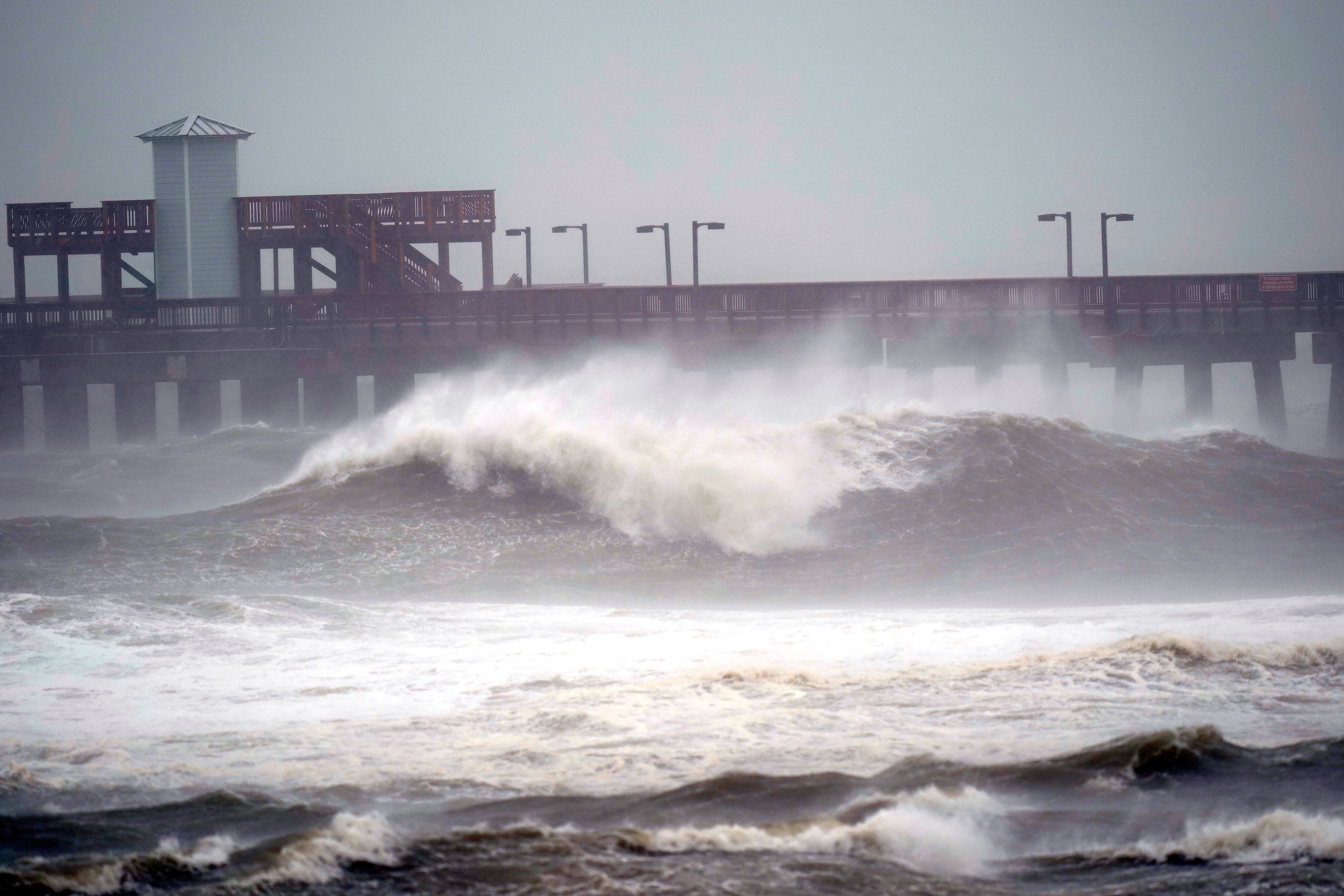 Hurricane Sally strengthened to a Category 2 early on Wednesday and is likely to cause "catastrophic and life-threatening flooding" along portions of the northern Gulf Coast, according to the National Hurricane Center in Miami.
The slow-moving storm is expected to make landfall sometime later on Wednesday.
As of 5 a.m., Sally was located about 50 miles south-southeast of Mobile, Ala., as it crawls north-northeast at 3 mph, according to the NHC.
Its northern eyewall has started to bring hurricane conditions across the Gulf Coast from Pensacola Beach, Fla., to Dauphin Island, Ala.
Maximum sustained winds were recorded at 105 mph and its slow-moving pace could result in possible record floods.
HURRICANE SALLY STRENGTHENS TO CATEGORY 2, EXPECTED TO PRODUCE HISTORIC LIFE-THREATENING FLOODING: LIVE UPDATES“Historic life-threatening flash flooding due to rainfall is likely through Wednesday along and just inland of the coast from the Florida Panhandle west of the Apalachicola River to far southeastern Mississippi,” the NHC said.
More than 350,000 customers in Florida, Alabama, and Louisiana were reported to have lost electricity by Wednesday morning, according to poweroutage.us.
A Storm Surge Warning is in effect for Fort Morgan to the Walton/Bay County Line.
A Hurricane Warning is in effect for the Mississippi/Alabama border to the Okaloosa/Walton County line, according to the NHC.
Hurricane-force winds are expected to extend outward up to 40 miles from Sally's center, while tropical-storm-force winds will likely reach an area of 125 miles from the center.
FEMA ADMINISTRATOR MAPS HURRICANE SALLY THREAT: 'DON'T TAKE THE STORM FOR GRANTED'In the Panhandle's Escambia County, Chief Sheriff's Deputy Chip Simmons vowed to keep deputies out with residents as long as physically possible.
The county includes Pensacola, one of the largest cities on the Gulf Coast.