This may be the most important difference between Trump and Biden 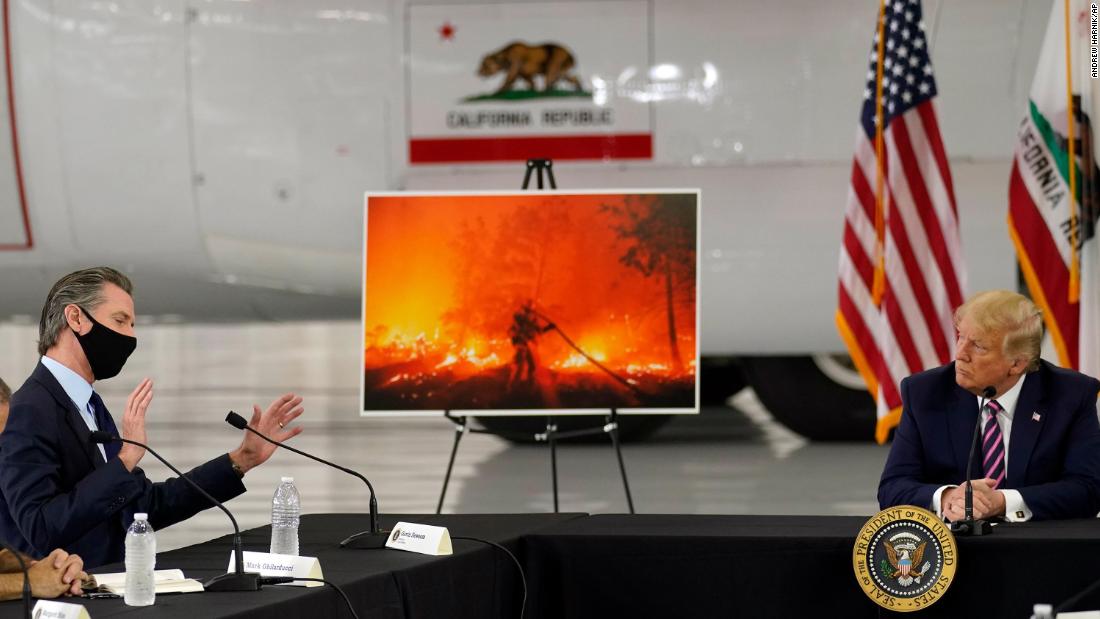 (CNN) The wildfires are on the West Coast, but haze from the smoke has reached New York City .
What's the difference between climate and weather and how is a changing climate fueling forest fires?
California officials were respectful of Trump on Monday, when he visited the state.
Trump, true to type, said he doesn't think science knows anything.
On Monday, Democratic presidential nominee Joe Biden called Trump a "climate arsonist."
Climate action is one of the most important distinctions between these candidates in November.
Trump wants to expand the dominant US fossil fuel economy, spewing more carbon into the air he doesn't think is changing.
Biden wants to transition the entire US economy to deal with the climate crisis.
Trump wants to cut taxes even more than he already has without enacting any spending cuts to to the social safety net.
What Trump won't do vs. what he wants doneWhere Trump will and won't use the power of the US is often stunning when you put it all together.
Trump appeared in Washington on Tuesday with the leaders of all three nations, albeit with social distance in the time of Covid.
The most famous took place on September 17, 1978, when US President Jimmy Carter, Israel's President Menachem Begin, and Egypt's Anwar Sadat signed the Camp David Accords.
Source