Klarna lets users buy now and pay later. It's now worth over $10 billion 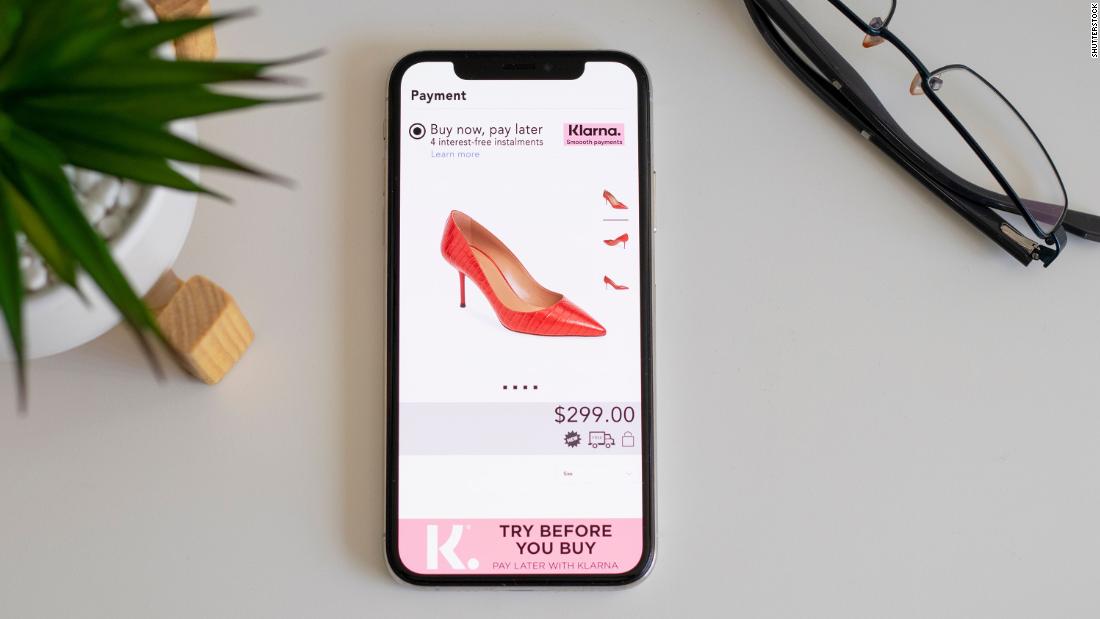 London (CNN Business) Klarna, the "buy now, pay later" payment service loved by Europeans, has been valued at $10.65 billion in an investment round led by US private equity firm Silver Lake.
The Swedish firm said in a statement Tuesday that it has raised $650 million from investors, which also include Singapore's sovereign wealth fund (GIC) and funds managed by BlackRock.
The company said it's now the most valuable private financial technology business in Europe.
Klarna said it will use the funds to invest further into the business and grow its global presence, especially in the United States, where more than 9 million consumers have used its services.
H&M HNNMY Asos ASOMY Adidas ADDDF Klarna allows online shoppers to pay for purchases in interest-free installments or through financing.
Merchants that use the platform, such as Sephora,and, are paid for goods upfront by Klarna, which charges a transaction fee and a percentage of the sale.
In the United States, Klarna competes with rivals including Affirm and Afterpay, which is branded Clearpay in Europe.
"Buy now, pay later" services appeal in particular to younger consumers, who frequently shop online and may not have credit cards.
Source