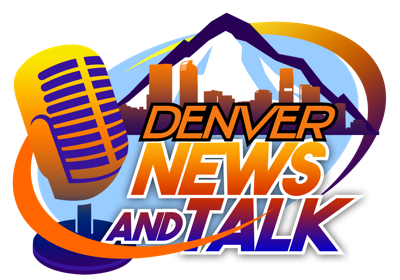 The number of Coloradans filing for unemployment keeps going up amid the third wave of the novel coronavirus pandemic.

Meanwhile, unemployment filers dealt with another customer service interruption this week, this time caused by an expired domain name. The state’s unemployment office is preparing to launch a modern claims system in early 2021.

“Yes, we’ve learned our systems are put together with duct tape and chicken wire,” Colorado Department of Labor and Employment executive director Joe Barela said Wednesday of trying to keep up with unprecedented needs during the pandemic. “We’re working every day to ensure we are bringing in technology so people can get help through our online system.”

Another 17,130 people sought state unemployment support last week, the CDLE reported. That’s a 12.5% increase over the 15,219 people who filed claims the week ending Nov. 21, according to the labor department.

Weekly unemployment filings more than doubled in Colorado in the month of November as the state tightened restrictions on businesses in hopes of reining in spiking COVID-19 infections.

As of Thursday, 29 Colorado counties were now under Level Red restrictions on the state’s color-coded coronavirus dial, a level that bans indoor dining in restaurants and clamps down on capacity in many other businesses. People working in the foodservice and accommodation industries represented 20.2% of all new claims filed the week of Nov. 14.

On Monday morning, some people trying to log onto myui.coworkforce.com site to request benefit payments or file a new claim hit a dead end because the domain registration had lapsed. The labor department updated the domain by 10:30 a.m., according to deputy executive director Cher Haavind, though complaints about access issues have persisted. People still having trouble accessing the site are advised to clear their browser cache or try another device.

“It was a brief and temporary outage that was quickly addressed with little to no impact on claimants and no impact to payments,” Haavind said Wednesday.

Following the latest snag in service delivery, Barela this week touted the coming launch of a new claims portal slated for January installing “this-century technology.” The update had been scheduled for April before the pandemic upended operations at CDLE, he said.

CDLE also released numbers for the soon-to-end Pandemic Unemployment Assistance program on Thursday for the first time since a spike in new filings for that troubles support mechanism triggered a fraud investigation last month. The state adjusted down total filings between Sept. 27 and Nov. 7 to just 11,667 claims. For the weekend ending Nov. 28, however, CDLE fielded 14,242 new PUA claims, according to Thursday’s report, almost double the 7,369 PUA claims filed the week before.

The combined 31,272 regular UI and PUA claims filed last week is the highest total since the first week of May when Colorado was dealing with the fallout from the first wave of the virus, according to tracking by The Denver Post.

Without Congressional action to extend the programs, state labor officials estimated that 153,000 people on federally funded PUA and Pandemic Emergency Unemployment Compensation programs will lose benefits when those programs expire on Dec. 26.

Nationally, the number of Americans applying for unemployment benefits fell as the nation celebrated Thanksgiving last week to a still-high 712,000.

Thursday’s report from the Labor Department said initial claims for jobless aid dropped from 787,000 the week before. Before the virus paralyzed the economy in March, the number of people applying for unemployment benefits each week had typically amounted to roughly 225,000. The chronically high pace of applications shows that nearly nine months after the pandemic struck, many employers are still slashing jobs.

The total number of people who are continuing to receive traditional state unemployment benefits declined to 5.5 million from 6.1 million. That figure is down sharply from its peak of nearly 23 million in May. It means that some jobless Americans are finding jobs and no longer receiving aid. But it also indicates that many of the unemployed have used up their state benefits, which typically expire after six months.

The Associated Press contributed to this report.